Tiburón Tapón, a shark and some corks 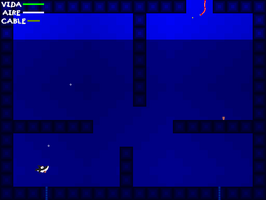 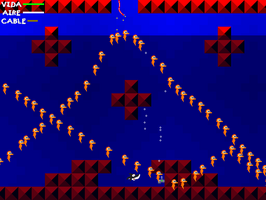 I've just released an English version of this game, as well as the original Spanish one.
This makes the second of my very old DIV Game Studio games (Larvy being the other one) I translated into English after decades (!!!), just to make it accesible for more people here in itch.io!

Also I fixed some bugs that existed in that dust-covered code in the proccess, like making the music stop changing mid level or adding things like the amazing feature of not exiting the game directly after you beat the final boss, going back to the menu instead.
It's still very far from what we could call a polished game, it's just barely more than a prototype, but to achieve that I should remake the game from the beginning.

Still have a third game in the "collection" of old DIV games of mine, so one day I could make a translation too. We'll see in the future. :D

Put those corks in the drains before you run out of water to swim in!